Share a memory
Obituary & Services
Tribute Wall
Read more about the life story of George Johnston and share your memory.

George "Wick" Willock, 84, until recently of Fox Chapel and currently of Longwood Independent Living, passed away in the early morning hours of Saturday, January 21, 2023. He was the beloved husband of Katharine (Kitsy) Willock; father of Katharine Curry (Grant), Susan Greulich (Thomas), George (Lock) Willock and Kimberly Pardiwala (Cyrus). Grandfather of twelve and great grandfather of six children. He cared deeply for his extended family, Mimi Erving and deceased Patty Barth and their children and grandchildren. Wick loved this family and the cherished memories they created together while living in Pittsburgh PA and Houston TX. Born in Pittsburgh, Wick spent most of his life there where he was active in building strong and lasting friendships (many who predeceased him), sports, academics and then business. He attended The Lawrenceville School in New Jersey and, shortly after graduation commenced his professional life in the chemicals business. Wick met the love of his life Kitsy at a debutante party at Rolling Rock when they were just 13 years old. He would tell the story that she was dancing with another young man (who will remain nameless), when Wick in his debonaire way stepped in and kindly informed this young man “I will take her from here”. They danced the night away and the rest became their lifelong journey together. He held a love for Kitsy that was like no other. Family saga has it that when he first kissed her, she truly fainted. They got married in 1959 at The Chapel of St. John the Divine in Houston, TX and had been happily married ever since. They had a journey of hardships and blessings which bonded their love even stronger. Wick was not a saint by any means in his younger life (he loved the old jazz clubs and a good cigar) and Kitsy stood by him through those challenging times knowing he was a special man. He had a defining point in his life where change was made. His testimony took place on a business trip in a mediocre hotel when he dropped to his knees and asked Jesus to be his savior. There he laid his transgressions at the feet of Jesus and never looked back. He was a faithful man of God and did not waiver. His search began through reading, collecting, and questioning hundreds of books on Christianity and he traveled the world to find rare Catholic encyclopedias, which ultimately led him to become a Roman Catholic in 1977 at St. Edward Church in Spring, TX with Kitsy, his children, and few other very special families of faith. On the business front, he spent most of his business career at The Neville Chemical Company in various sales roles starting from the bottom of the ladder to finally retiring as VP of Sales, which he had a true passion for. Wick was a true believer in the art of listening which allowed him to excel at salesmanship, relationship building and networking with others in all fields across the US and the world. He drove the people closest to him to want to have a deeper understanding of whatever they were passionate about. He saw the potential in everyone around him and tried to encourage them to achieve that potential. This led him to be loved by many. Wick loved his winter months at The Hillsboro Club in Florida to be with his extended family of multigenerational members there. He was also an ardent golfer at The Fox Chapel Golf Club. He was also a member of The University Club and The Hollywood Social Club. He fought the good battle on his health front over the last year or so and almost made it to his 85th birthday celebration. Friends will be received at John A. Freyvogel Sons, Inc. 4900 Centre Avenue at Devonshire Street (www.freyvogelfuneralhome.com) on Wednesday January 25, 2023 from 2-6PM. Funeral Thursday January 26, 2023, Mass of Christian Burial St. Paul Cathedral 10:00AM. Interment will be in Calvary Cemetery. In lieu of flowers please consider a donation to the capital campaign of the Saint Dominic’s Monastery Dominican Nuns in Linden, VA (www.lindenopnuns.org).

To send flowers to the family or plant a tree in memory of George Johnston "Wick" Willock, III, please visit our floral store. 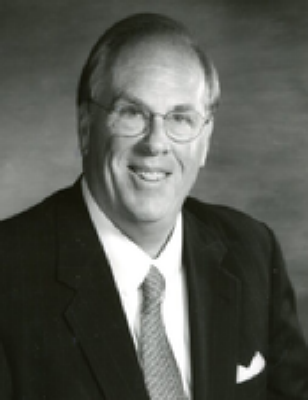