Share a memory
Obituary & Services
Tribute Wall
Read more about the life story of Henry and share your memory.

Henry J. Gailliot passed away on Monday, January 23, 2023 at age 80, surrounded by his family at home in Pittsburgh, PA after a long battle with cancer.  Beloved husband to Mary Louise (Lou) Lehmann, father to Anne of Pittsburgh, Charlie (Jocelyn) of New York, Peter (Sarah) of New York, grandfather to Griffin, Polly, Lila, Henry, Teddy, Lucy, Kip, Georgia, and Clark, brother to Mary Anne of Pittsburgh, and uncle to many nieces and nephews.  He was predeceased by his parents, Henry and Amelia.

First and foremost, Henry was a family man.  Fiercely devoted to his loving wife of 48 years and three children, he dedicated himself to them over all else.  Despite work and responsibilities that often required his attention, he always prioritized family time, from nightly dinners, to Sunday mass, to children’s sporting events, to far flung adventures in Europe, Africa, and Asia.  Closer to home, he loved being by the ocean in Cape May, NJ when his children were younger and more recently on Nantucket with his growing family.

Born and raised in Pittsburgh, Henry graduated Valedictorian from Central Catholic High School.  He continued his education at Carnegie Institute of Technology, where he received a BS and MS in Industrial Management, followed by a PhD in Economics from Carnegie Mellon University, where he was awarded the National Science Foundation Fellowship and the Federal Reserve Fellowship. Henry spent his entire professional career at Federated Investors, eventually becoming the company’s senior economist and member of the Executive Committee before retiring in 1996.

Henry cherished the city of Pittsburgh and committed much of his retired life to civic engagement in his community, particularly related to his passions for education, the arts, and the Catholic Church.  He became involved with the Children’s Museum of Pittsburgh in its early days, and later served as the President of the Board and Emeritus Trustee. Henry was a Life Trustee of Carnegie Mellon and recipient of the Tepper Alumni Lifetime Service Award.  He was a Board member of the Carnegie Museum of Art and Co-Founder of the Collections Committee.  Henry had a spiritual and intellectual devotion to the Catholic Church and was instrumental in the founding of the National Institute for Newman Studies.  Henry and Lou shared a lifelong love of music, and were frequent attendees and philanthropic supporters of the Pittsburgh Opera and the Pittsburgh Symphony, as well as benefactors for classical music programming on WQED. In his free time, he enjoyed collecting art, stamps, and coins, along with French wine, which he generously shared with family and friends over countless memorable dinners.  Always the intellect, Henry took great pleasure in discussing world issues and politics, eager to engage anyone within earshot over his belief in free markets.

Henry was extremely grateful for the UPMC Hillman Cancer Center and the many doctors and caregivers who have helped him over the last eight years in his battle with melanoma.  They enabled him to fulfill his final ambition of getting to know his nine grandchildren and preparing for the tenth!  He loved nothing more late in life than spending time with his expanding family in Ligonier and Nantucket for holidays and vacation.

Friends will be received at John A. Freyvogel Sons, Inc. 4900 Centre Avenue at Devonshire Street (freyvogelfuneralhome.com) on Thursday, January 26, 2023 from 2-4 and 6-8p.m.  A Mass of Christian Burial to celebrate Henry’s life will be held at St. Paul Cathedral on Friday, January 27th at 10a.m..  In lieu of flowers, gifts in Henry’s honor can be made to the Children’s Museum of Pittsburgh (10 Children’s Way Allegheny Square Pittsburgh, PA 15212 or pittsburghkids.org/donate).

To send flowers to the family or plant a tree in memory of Henry J. Gailliot, please visit our floral store. 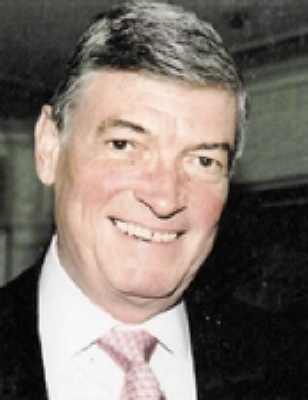