Share a memory
Obituary & Services
Tribute Wall
Read more about the life story of Oscar Edmundo and share your memory.

At age 94, Oscar passed away, on Sunday January 15, 2023, in Columbus, Ohio. In death, he follows his wife Cristina Ortega Valdes and daughter Cristina Maria Valdes. He is survived by four children (Oscar, Carlos, Maria, and José), 11 grandchildren, and three great grandchildren.

Enthusiastic greeter, quick to laugh, eager to tell jokes, Oscar Valdes was in a perpetual state of making new friends. At 85, Oscar threw parties so often at his retirement home that he would have to apologetically cut short phone calls from his adult children. More than once, he was late for dinner at a restaurant because while waiting at the bar for his table to be cleaned, Oscar made friends that were not eager to give him up. At his apartment building, trips from the lobby to his room could take an hour as he greeted his many friends. Spending quality time with friends and family, as Oscar saw it, was a balm to life’s difficulties, and he was determined to get as much of that balm as he could.

Although Oscar was born in Asturias, Spain on May 6, 1928, his earliest memories are of Matanzas, Cuba where he was raised by his parents, Gervasio and Angela, and grew up alongside his younger sister, Elena. At a young age, Oscar developed a passion for mathematics, and he spent long hours on homework. Throughout his life, exceling at math would be a source of pride and accomplishment.

For college, Oscar moved to Havana, Cuba. One of his good college friends, a young man named Wenceslao (Lao) Ortega, once mentioned to Oscar that he had a sister that was the right age for marriage. Soon afterward, Oscar visited Lao at his home and was introduced to Cristina Ortega.

After a short courtship, Oscar and Cristina were married and they started having babies as quickly as one would expect from a couple of devout Catholics. Oscar’s working years in Havana treated him well. He had a good job with the Shell Oil Company, Cristina’s family was well off, Oscar drove nice cars, and he enjoyed playing with his young sons: Oscar and Carlos.

In 1959, the communist revolution came to Cuba. For Oscar and Cristina, many of their friends and relatives were executed or jailed. Even though Oscar certainly felt these hardships keenly, he did not dwell on them and was more prone to share humorous or pleasant stories about prewar Cuba.

In 1960, they escaped from Cuba in the way that was usual for the time: buying a round trip plane ticket to Miami and seeking asylum after the plane landed in the United States. Life in Miami was a big change. With the birth of Cristina Maria in Havana and Maria del Pino in Miami, Oscar was the lone breadwinner for his wife, mother-in-law, and four children.

After two years in Miami, Oscar got a response to one of his many applications for work as an engineer. A hiring manager noticed Oscar’s application because they worked together at Shell Oil in Havana, and he offered Oscar a job at a steel related engineering firm in Pittsburgh, Pennsylvania. Money was less of a problem in Pittsburgh, yet another child, José, was born. In addition to a demanding day job, Oscar studied at night and eventually earned a master’s degree at the University of Pittsburgh.

Oscar enjoyed the early years in Pittsburgh with his young children. At dinner time, Oscar jumped into the role of family comedian. His gags were not always funny, but he delivered them with a genuine joy and enthusiasm that he drew from the companionship of his family. Oscar enjoyed ice skating, swimming, and watching movies with them. He chauffeured them to ballet recitals, football games, boy scout trips, and many other events.

As the years passed, their children grew, went to college, found good jobs, married, and started having children of their own. At age 70, Oscar finally retired from work, which dramatically changed his life. Visiting children and grandchildren became a major activity for Oscar and Cristina. He also loved going to church every morning and participating in Christian organizations, such as Opus Dei and the Knights of Columbus.

Around 2008, Cristina was diagnosed with multiple myeloma, and she was too ill for any treatments except ones that could make her more comfortable. Oscar was stricken with grief at the thought of losing his partner of 53 years, he channeled these emotions into caring for Cristina night and day, and he labored to get enough sleep and to care for himself. Oscar was attentive, kind, and unusually patient with her. While his anguish was terrible when Cristina died, he found solace in the fact that he took care of her well during her long illness.

Unfortunately, his daughter, Cristina Maria, would also pass away near the beginning of the pandemic. For many years, Cristina Maria had contended with lung cancer and her passing was a great loss to Oscar and to everyone who loved her. He managed, however, by attending church every day with his friends, socializing with other residents in his building, actively participating in his Christian organizations, and visiting his children, grandchildren, and great grandchildren.

As Oscar once reflected on the loss of his wife Cristina and his daughter Cristina Maria, his diminished hearing and eyesight, and on his lymphoma diagnosis, one might have expected him to cry. Instead, he laughed. A sunny disposition, as Oscar saw it, was a good way of honoring the memory of the loved ones that he had lost, and it was also a good way to engage with the loved ones that were still with him. Oscar will be missed and fondly remembered.

Friends will be received at John A. Freyvogel Sons, Inc. (freyvogelfuneralhome.com) 4900 Centre Avenue at Devonshire Street on Wednesday from 3-7p.m. Funeral Thursday, Mass of Christian Burial, St. Paul  Cathedral 10a.m. In lieu of flowers, please donate to the Warwick Foundation at https://www.warwickhouse.org/payments/.

To send flowers to the family or plant a tree in memory of Oscar Edmundo Valdes, please visit our floral store. 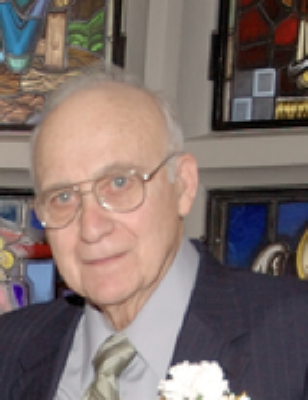