Share a memory
Obituary & Services
Tribute Wall
Read more about the life story of Paul and share your memory.

Paul (Mac) Jones, 79, of Squirrel Hill, passed away on Thursday, December 22, 2022 after a brief illness. Born in Memphis, Mac spent most of his young life in White Plains, NY where he was active in drama and class president of the local high school. He then attended Dartmouth College in Hanover, New Hampshire and, upon graduation, was awarded a Woodrow Wilson Fellowship to study comparative literature at New York University. He gravitated toward education and writing - a career which took him from New York City to Saxtons River, Vermont and ultimately Pittsburgh, where he lived for most of his life. There, he worked in a variety of areas including, just before his retirement, in advancement at Carnegie Mellon University. Mac had long been involved in the spiritual life of his local Church, Third Presbyterian in Shadyside, serving as liturgist, elder, and lecturer. He was also passionate about Christian thought, and composed essays and books on such topics as Jesus’ reticence in Matthew, the notion of authenticity, and Christian theories of the self. A voracious reader, Mac read and collected thousands of books. He also enjoyed trivia, even appearing on Jeopardy in 1989. He is survived by his wife of 50 years, Cynthia Lance-Jones, his two children Douglas Jones of Binghamton, NY and Emily Jones of San Francisco, CA, and five grandchildren, Clyde, Kenzo, Declan, Baxter, and Eileen. Services will be held on Friday, January 6, 2023 at 11:00 am at the Third Presbyterian Church of Pittsburgh (5701 Fifth Ave). Please consider making donations to the East End Cooperative Ministry of Pittsburgh: https://www.eecm.org/give. Arrangements by John A. Freyvogel Sons, Inc. (freyvogelfuneralhome.com)

To send flowers to the family or plant a tree in memory of Paul "Mac" Jones, please visit our floral store. 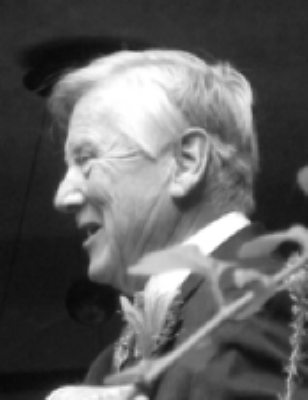