Share a memory
Obituary & Services
Tribute Wall
Read more about the life story of Steven and share your memory.

Steven “Steve” J. Weiner, 79, of Pittsburgh, PA, passed away on December 24, 2022. Steve was born on May 24, 1943, to parents Helen and Jack Weiner. Born and raised in Pittsburgh, Steve attended Taylor Allderdice High School and was a nationally ranked tennis player as a teenager. He graduated from Massanutten Military Academy and later attended the University of Miami, where he played varsity tennis. Steve is survived by his wife, Sheila, whom he married on October 10, 1973, in Pittsburgh. Steve and Sheila spent almost 50 years together and raised two children, Amy Weiner Caplan and Jack Weiner. Their lives together were filled with love and laugher while he and Sheila supported each other through all their endeavors. Steve is also survived by his three adoring grandchildren: Ava Caplan and Ethan and Matthew Weiner. He was a devoted husband, dedicated father, and proud Poppi. Steve worked in the family business, Sleepwell Mattress Company, for over 20 years and later opened The Prop Shop, a thematic prop rental house that supported numerous parties and fundraisers in Pittsburgh, nationally and internationally throughout the years. Steve loved the game of tennis and played in his youth and most of his adult life. Also known as “Cuz,” “Unc,” “Weenie,” “Fish” and “Poppi” (his favorite) to many, he was very outgoing and fun loving and was the life of any party. He had a large circle of friends who were more than friends – they were family. Many of those friendships extended over 70+ years of his life. When Steve wasn’t busy with work, his family and friends or playing tennis, he enjoyed relaxing by the pool, reading, playing golf or poker, cooking, and dining at his favorite restaurants. After retiring in 2020, Steve dedicated time to his children and grandchildren and gave of his time by delivering food for the less fortunate. Funeral services will be held on Wednesday, December 28 at 12:00 noon, at Rodef Shalom Congregation, 4905 Fifth Avenue, Pittsburgh 15213. Visitation begins at 10:30 am. In lieu of flowers or gifts, donations may be made to the Highland Park Tennis Club: via mail at PO Box 5020, Pittsburgh, PA 15206 or online at www.HPTC.info. (Please indicate the specific program that you would like for your donation to support: the Free Clinics, the Scholarship Fund, or the Blind and Visually Impaired Program.) Arrangements by John A. Freyvogel Sons, Inc. (freyvogelfuneralhome.com). 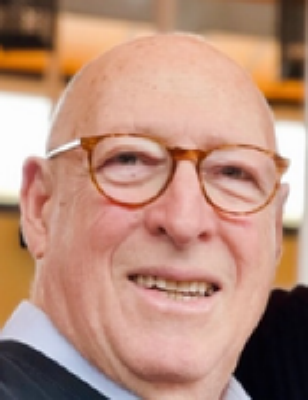 donations may be made to the Highland Park Tennis Club: via mail at PO Box 5020, Pittsburgh, PA 1520